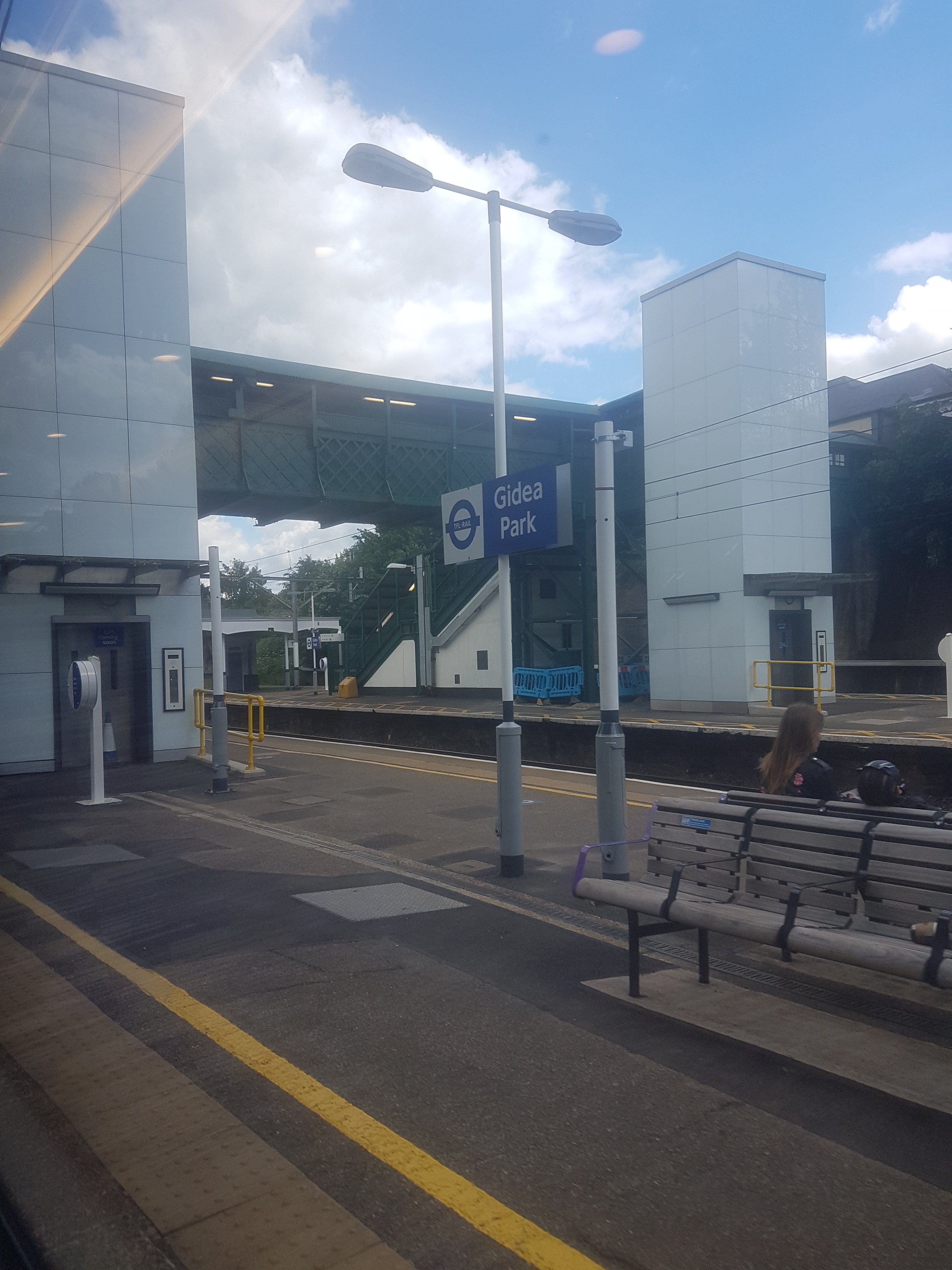 Last week I finally had the opportunity, after many months, to spend the whole day in London checking out the development of various step-free schemes all across the capital. Most of my focus was on the outer Crossrail stations, as well as other National Rail-related schemes.

Taking the local GWR service into Paddington (the one that will be transferred to TfL Rail in December and eventually form part of the Elizabeth Line), I was very pleased to see substantial progress in all 10 of the currently inaccessible stations between Paddington and Reading. With footbridges springing up along the route, we can almost be sure that this branch will be step-free long before the delayed core section opens.

Back to my usual territory, I got to see the final stages of Crossrail East’s step-free access scheme. With the openings at Maryland, Forest Gate, Manor Park, and Seven Kings, there are now only 4 stations (Ilford, Goodmayes, Gidea Park, Harold Wood) that still require work. Of these, Harold Wood and Gidea Park are due to open any day now, while the works at Goodmayes move forward unseen behind the existing station structure and those at Ilford have yet to start.

For the only Central London portion of my trip, I stopped by Moorgate. It is always remarkable to see the variation in completeness of every new Crossrail station. And so I was surprised to see that the new entrance at Moorgate was pretty much finished (with lighting, roundels, etc.). Within the existing station, the lifts from the Underground to this new entrance are similarly complete, raising the question of whether step-free access for the remaining TfL services in Moorgate will become available before the Elizabeth Line starts running.

Tottenham in North London is in the process of a dramatic increase in step-free access, with three of its stations (White Hart Lane, Northumberland Park, Tottenham Hale), in addition to neighbouring newly-built Meridian Water, all to be fully accessible to platform within this year. Already, we have seen Meridian Water open, although its extremely limited service of peak-time-only trains and no weekend service at all greatly reduce its impact on accessibility. By September, it is expected that the reinstated track between Stratford and Meridian Water will be complete, allowing Meridian Water to have a stable all-day service.

Further down the line, Northumberland Park’s step-free access apparently opened earlier this year to absolutely no fanfare. To be honest, it is one of the weirdest stations I have ever seen. While there is a lift from the new footbridge to access platforms 1-2, the ramps needed to access the footbridge are comically long. Rather than build two additional lifts, it was decided to build an incredibly dense network of shallow ramps.

Because the footbridge is at a considerable height, it took quite a while to navigate the ramps and reminded me of the insanely long queue systems at amusement parks. Not sure if I love it or hate it, but it is definitely distinctive (and hopefully unique to this station). Unfortunately, it seems like this station is completely unstaffed, except during match days at the nearby new Tottenham Hotspur stadium.

Speaking of the new stadium, it is a colossal structure and looks very well-designed. Adjacent to it is White Hart Lane station, which is by far the closest station to the stadium. The reconstruction work here is progressing at a steady pace, with most of the outer structure complete.

At Tottenham Hale, the new footbridge is in service, but not the lifts or escalators, which look almost ready for opening. In addition, the new integrated Underground and National Rail station building is taking shape.

Travelling to West Hampstead, the new ticket hall is also nearing completion. Step-free access at this Overground station will then enable a useful (out-of-station) interchange with Thameslink services from nearby West Hampstead Thameslink station.

Visiting Waterloo to check on the long-delayed lift access to the Waterloo & City line, I was again disappointed to see that these lifts are still not ready. Curiously, it seems like TfL, as per their latest step-free map, plan to advertise the Waterloo & City line stations as ramp-only stations. Additionally, they have designated the platforms at Waterloo as exit-only.

This is very confusing to me, as the platforms at Bank and Waterloo all have platform humps, although it is possible that the horizontal gap is considered too wide (I did not get a chance to check this time).

Also, the entrance to the Waterloo platform is via a fairly steep ramp, but I’m not sure if it is much different than other step-free ones, such as the ones used at East Croydon. If some wheelchair users are able to use this ramp, they should get the chance to judge whether this journey is possible for them. I will be checking this with Jon once the lift opens.

My final stop of the day was Twickenham, the site of a major redevelopment. As the pictures show, a new footbridge has been put in place and over-site development is in full swing.

In other news, Network Rail has launched a consultation this week regarding a substantial upgrade to Norwood Junction, which would include step-free access to all platforms. While this scheme remains unfunded, I encourage anyone interested to take part in the consultation. Norwood Junction is an important interchange point for local South London routes.

Finally, there is more news regarding Crossrail, with Crossrail Ltd releasing brand-new pictures of all 10 new Central London stations. In some cases, namely Bond Street and Whitechapel, I wish the pictures weren’t actually new, as the delays in construction are quite dramatic. On the other hand, it is amazing to see the beauty of Liverpool Street and Tottenham Court Road, which look as though they could take passengers tomorrow! As always with this project, we have to be patient as the completion date slowly approaches!